KATHMANDU, Dec 03: IME Limited is going to issue shares to the general public. The 22nd annual general meeting of the company passed the resolution to issue ordinary shares.
After the share issue, remittance company IME will be introduced as Nepal's first public remittance company.

Chandra Prasad Dhakal, President and Founder of IME Group, recalled that 23 years ago, IME was established on a small scale despite the suggestions and advice of many well-wishers that the task of bringing foreign currency into Nepal from the private sector is very difficult and challenging.

He also said that he is happy to come as the first public remittance company with an IPO among general consumers.

Hemraj Dhakal, co-founder and managing director of IME Group, pointed out that the world has now entered the digital age and informed that the company has been taken public to make the company more energetic, transparent and widen its business horizons in the competitive market.

Khilendra Poudel, Chief Executive Officer of IME, said that the company will issue an IPO soon.

For this process, the company will appoint a share issue and sales manager and submit an application to the regulatory securities board. Paudel said that this process will proceed as soon as the approval is received from the relevant regulatory body. 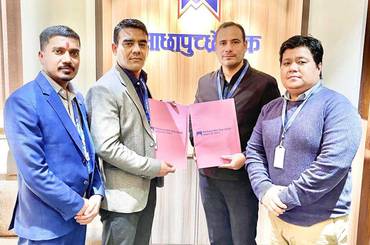