KATHMANDU, 23 Oct. 2022: The 19th crow gathering has concluded at Shanti Batika, Ratnapark in Kathmandu. The event was held coinciding with ‘Kagtihar’ the first day of the five-day Tihar festival today. Tihar is the second biggest festival of Nepal.

The first day of Yamapanchak or Tihar festival is observed as Kagtihar dedicated to the Kag (crow) by usually feeding crows while recognizing their important role in the life of humans. The Hindus consider the crow to be the messenger of Yama, the deity of death. The crow is believed to bring both good and bad message.

It is believed that feeding crows on the Day will bring good news to the person and the family. Since ancient times, crows have been also regarded as messengers.

Organised by Green City Hospital, Basundhara, the gathering started by Ramesh Dulal, popularly known as ‘Kaage’ for producing sounds of various 173 bird species, having called and gathered the crows by crowing.

He has been organising the crow gathering since 18 years. “We can talk to crows through its language. We can call them seeking for help; only then they come towards us,” he said. 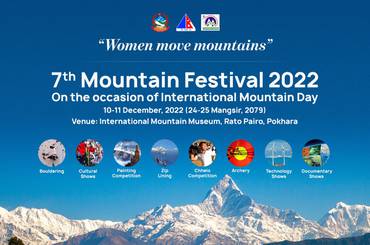