Like many other indigenous communities of Nepal, the Tharu community too has a rich cultural heritage. One of the rich cultural heritages is Jhumra, a traditional Tharu dance. Jhumra is indispensable yet vanishing intangible cultural legacy of Tharu. Late Ram Dhami of Itahari who was also a member of Academic Assembly at Nepal Academy of Music and Drama, had researched on Jhumra tradition around Itahari. He had even filmed a documentary about it.

Based on the finding of Dhami, here are some important things about Jhumra.

Jhumra dance is a historic, cultural and religious ritual among Tharu community mainly residing in Nepal's Terai plains from east to west. This dance is also referred to as Dhumra or Bidhyapait.

A romantic group dance
Jhumra is danced in a group. In this dance, Nayak (actor) and Natuwa (dancing actress) behave like love birds and they might flirt each other also. While dancing, if the Nayak happens to touch Natuwa, Natuwa calls Nayak a Dhumra and Nayak replies calling Dhumri.
It requires at least six artistes. It is better if it is more than six. To increase the artistes’ number, Natuwa and Pachhuwa are added. This dance includes actors named Nayak, Sahayak, Mridangawadak, Nartak, Pachhuwa and Bipatar, etc.

Major musical instruments to be used in this dance are Jhyaali and bigger Madal. Nayak is the main dancing character. First, he sings playing Jhyali and Sahayak and Pachhuwa follow him. Ganapait plays Mridanga. Bipatar acts like comedian. Natuwa sings while dancing. This dance is performed based on religious rituals like Krishnalila, Ramcharitra, Mahabharat, Premsagar, Anusagar, etc.

A ritual for obtaining children
Tharu worship god named Chordev and Jhumra dance is indispensable ritual of Tharu in occasions like sanitization ceremony of newborn and the very first day of  newborn’s haircut by barber.

Those Tharu who don’t worship Chordev as their clan god and non-Tharu, who are infertile, have children with prolonged diseases and lost their kids, also promise to worship Chordev in order to end their perils. If their perils are ceased, they establish Chordev. And, Jhumra dance is performed. The Jhumra dance performed after establishing Chordev is called Chorkheliya.

Farewell dance to beg sorry for all wrongs
A farewell dance is performed to beg sorry for wrongs done during Chorkheliya dance. If time is favorable, it happens on the same day. Else, artists gather after 4 days to dance which is called Samhar. Natuwa is given farewell on the same day or on any other upcoming day. The farewell is like seeing off daughter in a marriage ceremony.

Hard to find new generation in this tradition
Previously, artists of Chorkheliya would dance free. Only Natuwa would be given cash. They would sit on rice or on jute during special ritual of Chordev. Rice and jut offered as offering world be collected and the same rice and jute would be distributed among prayer team as their salary. However, in these days, the prayer team is invited with stated cash.

There are not many living artists to continue this historical, religious and cultural dance. Very few elders, inspired by their seniors, are in existence. Tragically, they do not have written scriptures on Jhumra dance and it is hard to teach young generations about this dance.

At a time when there were very few options of entertainments, such dances would entertain folks. However, the new generation does not care much about this typical Tharu dance. The major challenge in this time for this dance is the duration taken by this dance. Youths are not ready to dance continuously for 15 days. There, such historical, religious and cultural dances are being extinct day by day.

It is urgently required to protect, preserve and promote this dance by Tharu leaders, elders, intellectuals and artists. If it happens to be late, the existing dance will also be extinct for sure.

Therefore, Dhami concluded, we must reform this dance in systematic and time-bound manners. If we are to accommodate new generation and move forward, this organic, historic, religious and cultural dance of Indigenous Tharu community will be preserved.RSS/ Birat Anupam 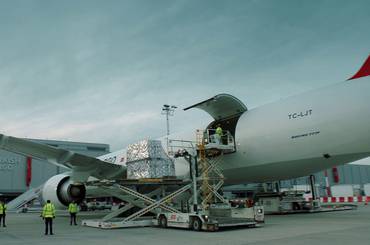