KATHMANDU, Jan 25: The Civil Aviation Authority of Nepal (CAAN) has suspended all flights of Prabhu Helicopters until further notice.

The CAAN has stopped all the flights of the company saying that the helicopter landed at Walling sports ground in Syangja district without permission on January 19.

CAAN has stopped the pilot of the helicopter from flying until further orders. CAAN said it was conducting further investigations and suspended all flights until further notice.

According to an official, Prabhu helicopter was stopped from flying along with the pilot for landing in a place where people are gathered against the rules of the CAAN and the procedure of the company. 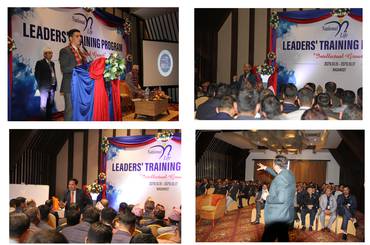